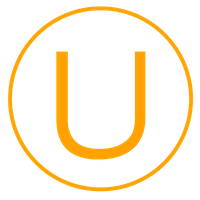 "Pablo Frisk is a Chilean/Swedish photographer that started his career in New York, in the early 10’s, after studying at International Center of Photography (ICP), located next to Times Square, and founded by legendary photographer Cornell Capa.

On the day of his graduation, Pablo was hired on the spot by American Vogue. This was the first time Vouge had hired a graduating student from ICP.

He spent half a decade working for the publication, shooting some of the biggest actors, artists and models in the world.

Pablo continued his career photographing for a long list of top shelf publications and brands in New York, and has in the last year also started working in Europe, adding stills photographer for feature films to his resume.

His work is a true testimony to his character, focusing very much on moments in time. “Be a participant, not an observer” has always been his motto in photography and he very much demonstrates that in his photographs.
From afterparties with the world's entertainment-elite, to dusty gatherings in the desert, to full on brawls between rival gangs of hooligans; Pablo loves to be in the thick of it. That is where he belongs and feels at home.”